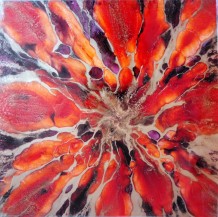 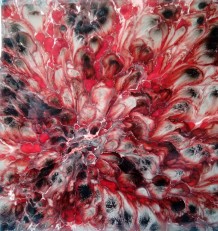 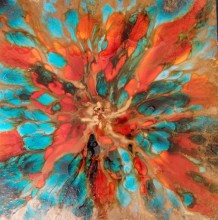 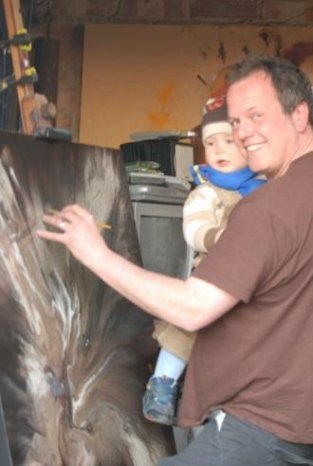 Born in 1969, Lee grew up in north London, he became interested in art after spending many hours watching his grandmother paint. His formal art education began with an Art foundation Diploma at the Herts college and in 1999 he graduated with a BA (Hons) in Art and Design from Hatfield University. Lee draws his inspiration from all that is organic, natural and accidental, these fundamentals can be seen in his latest works where, to some degree, he has no control. Lee’s basic palette is mostly primary colours yellow, red and blue and he tries to maintain the purity of these colours throughout the painting process. Lee’s current works were created by applying many paints and gels, mixed with water, to create a very fluid ‘uncontrolled’ effect.